Heredia is one of the most attractive cities in Costa Rica. Heredia is located just 11 kilometers north of San José and Heredia is easily a day trip or use

as a base for exploring the surrounding national parks and coffee plantations in the province of Heredia.

Founded in 1706, Heredia is a splendid example of the Colony of Costa Rica, most of the colonial architecture has been well preserved and has survived many earthquakes. City Hall embodies a world very different from the city of San Jose. The hazy fog of pollution, development and change found in the capital of Costa Rica is superseded by the spectacular volcanic landscape that surrounds the city and the charm found in it.

Sights in the city of Heredia

Central Park is where much of the action takes place and is a good place to sit and enjoy the atmosphere of the city of Heredia.
The Basilica of the Immaculate Conception is also in this park, and although the building is not particularly decorative, robust design has allowed him to survive many other buildings in Costa Rica, despite the numerous earthquakes since its construction in 1797.
The fort is now the most identifiable symbol of the city of Heredia. The fort is the last remains of a fortress eighteenth century Spanish colonial.
Zoo Marine Museum: This museum shows impressive marine life. It contains 2,000 species of marine life.
La Casa de la Cultura: This attractive colonial house is the best place to get a taste for works of art in local areas.
Take a walk: One of the nicest things in Heredia is the atmosphere and flavor of the city. This can not be contained in a concrete monument in the museum, or place, but can be found wandering the pretty streets, especially around Central Park.

City Hall is also a gateway to the wonderful Braulio Carrillo National Park, where you can see Volcán Barva and a host of beautiful scenery with lots of flora and fauna.

Entertainment in the city of Heredia 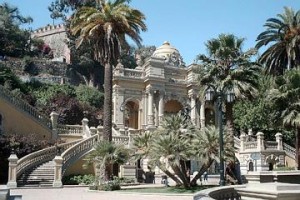 East of the city is the National University, which attracts a young and fun loving. There are restaurants in abundance in the city, many of
which have a bohemian due to the large population of students of fashion. The city is well stocked with healthy food and vegetarian restaurants, but there are also plenty of traditional places of Costa Rica at a good price and excellent quality. Central Market you can eat cheaply and find a wide range of brilliant colors, exotic fruits and vegetables. The clubs and bars are not as abundant as the restaurants in Heredia and in most of them you can hear a multitude of rhythms of salsa nice. However, fewer local options means more people and a better environment.