Located in Port-au-Prince, Petion-Ville is one of the main suburbs of Haiti. Petionville was named after Alexander Petion, president of Haiti and the former general who later became known as one

of the founding fathers of the country. This area of the commune is a residential and tourist area and most of the houses of the elite of the country are located in this neighborhood. Most businesses and tourism activities are developed in this field. While most of the rich are located here, is interesting to note that local poor have migrated to the border of the district in search of better opportunities.

Petionville nightlife is definitely very exciting. Due to the large number of VIPs who live in the district, there are nightclubs, upscale restaurants and bars, beauty salons and gyms that abound on the slopes. The festivities last all night and continue until the wee hours of the morning. Business meetings often occur in different French restaurants and nightclubs. The famous hotel El Rancho, which was built with luxury and sports cars of latest model is in the hills of Petionville. 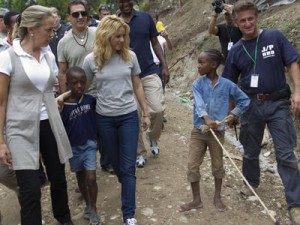