The Dominican Republic was discovered by Columbus on his first trip in 1492. He called it the Spanish, and his son, Diego, was the first viceroy. The capital, Santo Domingo,

founded in 1496, is the oldest European settlement in the Western Hemisphere.

Spain ceded the colony to France in 1795, and Haitian blacks under Toussaint L’Ouverture conquered it in 1801. In 1808, the people revolted and captured Santo Domingo the next year, the creation of the first republic. Spain regained the title of the colony in 1814. In 1821 the Spanish government was overthrown, but in 1822 the colony was conquered by Haitians. In 1844, Haitians were expelled and the Dominican Republic was established, headed by Pedro Santana. Uprisings the Haitian attacks led Santana to make the country a province of Spain from 1861 to 1865.
The President Buenaventura Báez, faced with an economy in ruins, tried to annex the country to the U.S. in 1870, but the U.S. Senate refused to ratify a treaty of annexation. The disorder continued until the dictatorship of Ulises Heureaux in 1916, when chaos erupted again, the U.S. sent a contingent of marines, who remained until 1924.
A sergeant in the Dominican army trained by the Marines, Rafael Leonidas Trujillo Molina, overthrew Horacio Vásquez in 1930 and established a dictatorship that lasted until his assassination in 1961, 31 years later. In 1962, Juan Bosch of the leftist Dominican Revolutionary Party, became the first democratically elected president in four decades.

Balaguer was elected democratically and was witness to the withdrawal of foreign troops
In 1963 a military coup ousted Bosch and installed a civilian triumvirate. Leftists rebelled against the new regime in April 1965, and U.S. President Lyndon Johnson sent marines and troops.

After a ceasefire in May, was committed to peace Hector Garcia Godoy who was interim president at the time. In 1966, the rightist candidate Joaquin Balaguer won in free elections against Bosch, and the U.S. along with other foreign troops withdrew from the Dominican Republic.
In 1978, the army suspended the counting of ballots when Balaguer trailed in a bid to fourth place. After a warning from President Jimmy Carter, however, Balaguer accepted 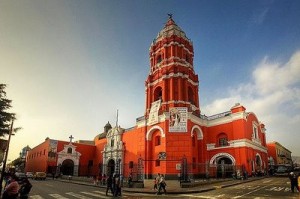 the victory of Antonio Guzman of the Dominican Revolutionary Party. In the 1982 elections, Salvador Jorge Blanco of the Dominican Revolutionary Party defeated Balaguer and Bosch. Balaguer was reelected president in May 1986 and remained in office for the next ten years.
In 1996, Leonel Fernandez said more than 51% of the vote through an alliance with Balaguer. The first item on the agenda of the president was the sale of some SOEs. Fernández was praised for ending decades of isolation and improve relations with other Caribbean countries, but was criticized for not fighting corruption or alleviating the poverty that affects 60% of the population.