Holguin Cuba City is a city founded by a Spanish soldier named Captain García Holguín. The capital of Holguin, is also called Holguin. The town was first called San Isidoro

de Holguin, the name of its founder in 1545. Several city parks occupy the city of Holguin, Calixto Garcia Park San Jose, San Isidro Park and Parque Martí, just to name a few. Since 2004, Holguín has had a population of about 324,000. The total area is 666 square meters Holguín.

One of the most popular city is Holguin and this city has a large crucifix known as the Loma de la Cruz. This crucifix is installed on top of a hill. A panoramic view of the whole city can be seen at the top of the crucifix than 450 steps high. Another popular landmark is the church of San José. Tourists can reach through the Airport Holguin Frank. The airport operates both domestic and international flights. Some well-known Cuban personalities of Holguín province are Faustino Oramas, Jesse Cruz, Pily Mists, and others.

The city of Holguín is fairly self-sufficient. Holguin has a library called Bayado, club called Casa de la Trova and movie theater called Eddy Sunol. Provincial Center Gallery of Art is located in the city. The city also has a historical museum and a science museum. It even has its own baseball stadium.
Bucanero Brewery is located in Holguín. The beers 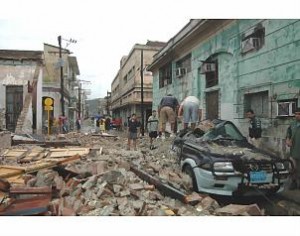 Bucanero, Cristal and Mayabe are made in this area.