Music is an integral part of most cultures of Latin America and Costa Rica is no exception. Costa Ricans enjoy contemporary American rock, American and British, and have a special affinity for the melodies

of the 70 and 80. However, when it comes to dancing, most prefer the traditional Latin rhythms of salsa, merengue, cumbia, lambada and soca. On weekends, nightclubs and dance halls are full, and they can flirt wildly while dancing all night.

Costa Rica is home to a diverse music scene. From classical to calypso, the music is everywhere in the streets, homes, restaurants, bars, discos and theaters.
Classical Music of Costa Rica: The National Symphony Orchestra of Costa Rica has received international recognition under the leadership of its current director, Chosei Komatsu, and is considered one of the major orchestras in Latin America.
Mozart Theatre and Cultural Center San Jose, Costa Rica and North America also host classical music concerts.
Popular music from Costa Rica: The Afro-marimba is a very popular in Costa Rica popular music. Songs bring groups like authentic folk music of Costa Rica to the world. As assembled songs through interesting stories, recipes, nicknames, anecdotes, tongue twisters, and the old ways, making them the most genuine form of popular music of Costa Rica.

Costa Rica Jazz: Various jazz cafes and restaurants around the area of Escazu and San Jose are excellent choices for the two new pairs of acoustic and jazz musicians. 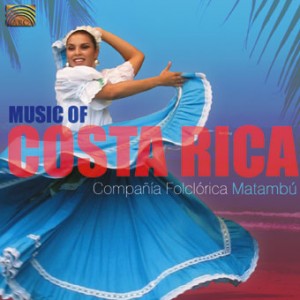 Calypso Costa Rica: The Caribbean coast, the music has its roots in African rhythms with steel drums and reggae rhythms. Calypso is a particular style of Afro-Caribbean music which originated in Trinidad with slaves used music as a means to communicate and tell stories. Walter Ferguson of Cahuita is a popular calypso musician. His songs include stories of his childhood in extreme poverty in Panama and are an excellent example of Afro-Caribbean culture.

Contemporary music Costa Rica: Mal Pais is a band from Costa Rica that combines traditional folk music with contemporary rock and jazz to create a unique sound that is popular with all ages. His music recalls about the life of the people of Costa Rica and indicates a general desire in recent years.