Kingston is the capital of Jamaica and is known originally as an agricultural land. In 1962, he became the refuge of the survivors of the earthquake that destroyed Port Royal.

In 1716, Kingston became the commercial center of Jamaica.

Most of Kingston’s population is African. Although East Indians and Chinese who have come to Kingston now play an integral role in the economy of Jamaica because of its wide presence in the retail market in Kingston.

Kingston has a tropical climate. From May to November, Kingston experienced rains from December to April, enjoy the sun.

As a cosmopolitan city, you can find plenty of restaurants in Kingston, allowing you to enjoy the wonderful varieties of exotic foods.

You can enjoy a variety of water sports while on holiday in Kingston. In Kingston you can go swimming, diving, snorkeling, sailing, cruising, or fishing. Enjoy the beauty of nature bids through the streets of Kingston. Take a walk and picnic or explore the attractions in the area. You will be amazed at the many things you can do in Kingston, whether you want to stay longer in Kingston to do everything that this city offers. 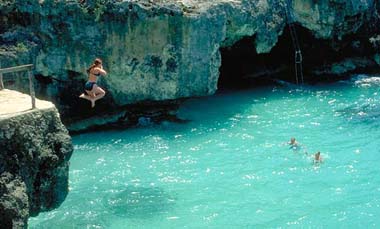 Kingston is known as the place of the Blue Mountains, this in particular because of its famous coffee, coffee Blue Mountains is regarded as one of the best gourmet coffees in the world. When you visit Kingston can be found in the cultural capital, financial and industrial development of Jamaica. Not only is home to one of the best coffees in the world, but is also the cultural center and the center of financial institutions in Jamaica.

The Blue Mountains: This is a great mountain that dominates the provinces of Santa Ana and San Andres. Its name is attributed to the blue color of the mountains that is caused by the fog that surrounds it. This is a spectacular natural attraction that will leave you enchanted by its beauty.

Bob Marley Museum. A museum dedicated to the reggae icon Bob Marley. This was the former home of Bob Marley and was the site of a failed assassination plot against him.

Port Royal. It is the capital of the pirates and the wickedest place in the world. It was also the richest city and was known as a haven for pirates during the 17th century. However, in 1962, it met a tragic fate during an earthquake that devastated the flourishing state. Today, the artifacts buried in the old city are recovering. Port Royal is the site of the historic home of Charles Fort and the Maritime Museum.