Jamaica was inhabited by Arawak Indians when Columbus explored the area in 1494 and named it St. Iago. Jamaica remained under Spanish rule until 1655, when he became a British possession. The Bucs also captured Port Royal, until this city suffered a major earthquake in 1692. Disease decimated the Arawaks, black slaves were imported to work the sugar plantations. During the ages 17 and 18 the British were consistently harassed by the Maroons, armed bands of freed slaves who were roaming the countryside. The abolition of the slave trade (1807), the emancipation of slaves (1833), and a drop in sugar prices led to an economic depression that led to an uprising in 1865. The following year Jamaica became a crown colony, and conditions improved considerably. The introduction of bananas reduced economic dependence on sugar.

On May 5, 1953, Jamaica gained internal autonomy, and in 1958 was under the control of the organization of the West Indies Federation. A nationalist labor leader, Sir Alexander Bustamante, gender later a campaign to remove the federation of Jamaica. After a referendum, Jamaica won its independence on August 6, 1962. Michael Manley, the socialist party of the National Party, became prime minister in 1972.

The Labour Party defeated Manley in 1980 and its capitalist-oriented leader, Edward PG Seaga, was elected prime minister. The Prime Minister of Jamaica encouraged private investment and began an austerity program. Like other Caribbean countries, Jamaica was hard hit by the recession of 1981-1982. 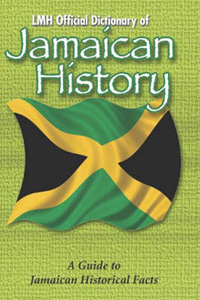 market and the country achieved record growth in tourism and agriculture. While manufacturing also improved greatly increased food prices that rose to 75% and thousands of Jamaicans were left in poverty.

In 1989, Manley was reelected, but resigned in 1992 and was replaced by PJ Patterson. In May 1997 the government signed a “ship-rider agreement” allowing U.S. authorities to enter the waters of Jamaica with their ships in order to combat drug trafficking. In 2001, there was violence between politically connected gangs in Kingston. This violence affects the tourism industry by international tourists stopped traveling for fear of an attack. In October 2002, Patterson won his third term.

In September 2004, Hurricane Ivan, the worst storm to hit the island in recent decades has destroyed thousands of homes.

In March 2006, Portia Simpson Miller, People’s National Party (PNP) became the first female Prime Minister of Jamaica. In the country’s general elections in September 2007, the opposition Jamaica Labour Party narrowly defeated the center-left People’s National Party, with 50.1% of 49.8%. . The National Party has been in power for 18 years. Bruce Golding took office as prime minister days after the election.

Dozens of people died in the Tivoli Gardens in Kingston in late May 2010 in clashes between police and drug supporters Christopher Coke, who is wanted in the U.S. on charges of arms and drugs. When police entered the neighborhood in search of cocaine were dismissed by his supporters. About 75 civilians were killed. Christopher Coke was arrested in June and extradited to the U.S., where he will face trial in New York.

Summary of the History of Jamaica:

May 5, 1494, Christopher Columbus discovered Jamaica populated by Arawak Indians.
In 1510, the first Spanish settlers arrived on the island and Arawak people subjected to slavery.
In 1523, founded the Villa de la Vega, ancient Spanish city and first capital of Jamaica.
In the late 14th century, the Spanish began the slave trade between Africa and Jamaica.
In 1655, The British attracted by the resources of the island of Jamaica took over and founded Port Royal. It continued the slave trade and developing the growth of sugarcane. The slaves escaped to the mountains to form resistance groups, known as Maroons.
In 1833, slavery was abolished, and the industry collapsed cane sugar.
In 1865, Rebellion in Morant Bay. The rebels and former slaves, conducted a violent resistance against government troops. The Court was set on fire and the suspects hanged by the governor.
1872, Kingston became the new capital of Jamaica.
1907, a terrible earthquake hit the island where there were 800 dead.
From 1884 to 1938, the colonial authorities authorized the Jamaican people to vote for their representatives in the Parliament of the island.
1938 There were two unions: The Jamaica Labour Party (JLP) and People’s National Party (PNP).
1944, the British government offered a Constitution for Jamaica. William Alexander Bustamante, President of the JLP, was elected at the first general elections.
1958, Jamaica joined the Federation in the Caribbean and in 1959 gained full autonomy from the government.
August 6, 1962, the country gained independence and the JLP stayed in power for ten years.
1972, the PNP won the elections, led by Michael Manley, and became Prime Minister.
1980, Edward Seaga, the JLP became Prime Minister.
1981, death of reggae artist Bob Marley at the age of 36 years.
1988, Hurricane Gilbert devastated the island, leaving behind more than $ 300 million in damages and a quarter of the homeless population.
1989, to regain control in elections the PNP and Manley returned to the government. 1992, Manley retires and is succeeded by PJ Patterson, who remains in office until 2006, when he was succeeded by Portia Simpson-Miller. 2007, Bruce Golding takes office, and is the current Prime Minister.