When to go and weather Cuba

The question of when to travel to Cuba can be easily resolved by understanding the weather patterns prevailing in the island of Cuba.

Cuba has a climate typical of semi-tropical. The general 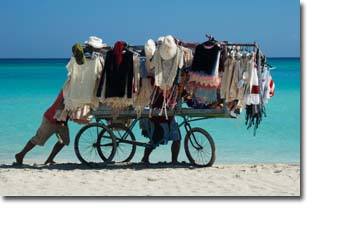 weather conditions in Cuba are moderate, interspersed with periods of heavy rain. The average annual temperature is around 29 degrees Celsius. Most of the nation receives a refreshing sea breeze. All these features make Cuba a suitable destination for vacationing.

Cuba should be avoided during certain months of the year. Cuba receives heavy rainfall is concentrated during a period of about five months. Annual precipitation levels easily exceed 52 inches. The rainy season runs from the last week of May to early October. The hurricane season in Cuba is part of the rainy season in Cuba. During the rainy season in Cuba, the mountain areas are not recommended to visit. The sudden landslides and road closures are common. It is generally recommended that a traveler should always pack a raincoat or an umbrella, and a shower without prior notice can not be ruled out in Cuba.

Cuba’s strong hurricanes can disrupt their travel plans to Cuba. This does not mean that hurricanes are the norm, but the precipitation with high levels of humidity can spoil your trip to Cuba. The Cuba hurricane season extends from July to early October.

Cuba and moisture problems
The islands of Cuba is characterized by high humidity levels for a significant part of the year. In fact, humidity levels are often about 80%, and this oppressive humidity can make outdoor trips are exhausting adventure. However, winds from the Gulf Stream and northeast winds can ensure that problems related to precipitation are somewhat resolved.

drop below 20 degrees Celsius. The sweep of the strong northerly winds across the islands produces windy conditions throughout the day. In terms of temperature, December, January and February have the lowest figures. Apart from the brief winter season, the rest of the year is commonly known as the summer season.

What is the best time to visit Cuba
The winter months are considered the best time to visit Cuba. The period from March to May usually has the largest number of foreign visitors in Cuba. During this time of year, rainfall is limited to a few sporadic showers. Humidity levels are low and daytime temperatures outdoors are ideal for walking and enjoying the Caribbean beaches of Cuba.