Located in the province of Sancti Spiritus in central Cuba is the city of Trinidad. This city was founded by Diego Velázquez de Cuéllar in 1514 and was named Villa

of the Holy Trinity. Since 1988, Trinity has been named a UNESCO World Heritage Site.
Trinidad is one of the most touristic places of Cuba. This is because all the people can be likened to a museum. The city boasts of its traditional Spanish architecture, which is evident in the colorful old houses that line the streets. As visitors walk through the cobbled streets, impressive palaces and squares will all emblazoned in Cuban traditional design.

Explore the city on foot is a good way to enjoy Trinidad. But a better way to enjoy the beautiful views of the Trinity is through riding a horse-drawn carriages called rickshaws.
The Sugar Mill Valley is a tourist attraction. This is a vast territory, with 70 sugar mills that just shows how important it is sugar in its economy. This site has been one of the city appointed World Heritage by UNESCO. Near this 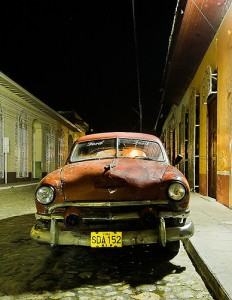 area there are small islands with beautiful white sand beaches. One is the beach of Ancon. Casilda Bay is an excellent place for snorkeling.
As with other municipalities in Cuba, Trinidad is also divided into small districts. Since 2004, there has been that the city of Trinidad has a population of only 73, 466 inhabitants. Other attractions not to miss are: Arcon Playa, Plaza Mayor, Municipal Museum and the Cathedral of the Holy Trinity.