Language of El Salvador: The official language is Spanish. English is widely spoken.

Religion in El Salvador: The majority (57%) is Catholic, an increasing number (currently 21%) are Protestants.

The recent history of El Salvador: Funes, a former CNN journalist and television presenter, scored a historic victory in elections in March 2009 when he became the first president of El Salvador, left to head the Front Farabundo Marti para la Liberacion Nacional (FMLN). Two months before the party had won a large number of seats in the National Assembly, but not by an absolute majority. He inherited a country at peace, but politically polarized and growing internal problems, including rising unemployment and organized crime.

Mobile Phone El Salvador: There are agreements between the international mobile phone companies. Coverage is variable.

Internet in El Salvador: Internet access is available in San Salvador and the main tourist destinations.
The media in El Salvador: The freedom of press is guaranteed by the Constitution of the

Salvador. Most radio and television stations are privately run. There are about 70 radio stations in the capital. The cable TV is available in much of the country and has a wide range of international channels.

Mail to El Salvador: Airmail to Europe takes up to two weeks. The main branch of email is in the Government Center.
Office hours from El Salvador: Monday through Friday 8:30 a.m. -16:00 pm.

The following are public holidays in El Salvador: 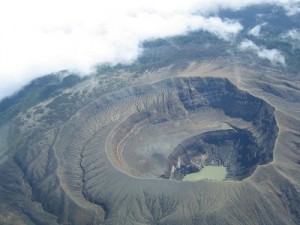