La Romana and the surrounding area has everything for a perfect vacation getaway. If you have heard from friends about a great adventure in La Romana was probably during

his trip to Isla Saona. La Romana is a good starting point for an excursion to the nearby islands of Catalina and Saona.

La Romana is located west of Punta Cana and east of the capital city of Santo Domingo. Juan Dolio, where the beach is only 40 minutes and Boca Chica is located one hour’s drive west. You can also enjoy a trip to the House, it only takes 25 minutes to get to the beaches of Dominicus and Bahayibe.

One of the attractions of La Romana is the Altos de Chavon, where there are many artists in town. This is a vibrant community with much culture and settled along the Chavon River. La Romana boasts cobblestone streets, coral stone fountains and terra cotta architecture with the ability to transport it to another time. The village has been designed by Italian architect Roberto Copa, who also worked for Paramount as operator of the film set. He designed the town in late 1970 to capture the 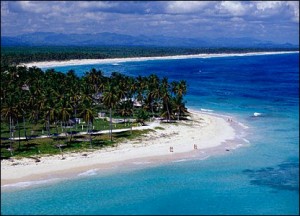 essence of southern Italy and southern Spain with the way he had in the 15 century. Today, tourists can get lost in the variety of craft workshops, studios and galleries of different artists. The Church of St. Stanislaus has been home to many weddings and this is attributed to the romantic wave emanating from Altos de Chavon. Its 5,000 seat amphitheater is home to the performing arts in the town since it was inaugurated by the name of one of the most illustrious of the music industry, Frank Sinatra. Today, it still presents performances by famous artists worldwide.