The history of Honduras stretches back millennia. The first Honduran culture artifacts have been dated back over 6,000 years. 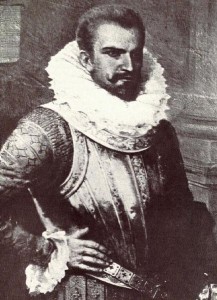 the great Mayan culture in the history of Honduras had been installed in the country today known as Honduras. At its peak, around 200 to 800 AD, the Mayan culture extended from the Yucatan peninsula in modern Mexico through what are now Belize, Guatemala and Honduras. The Mayan culture in the history of Honduras left its mark on the ruins of Copán, the archaeological remains of a great city that had influence over large areas of Central America. Today, Copan is one of the best preserved cities of the Maya and a popular destination for anyone on a vacation to Honduras.

The Mayan culture in the history of Honduras suffered a sudden and tremendous decline of its population at the end of the first millennium. While some descendants of the Maya in Honduras have survived until today, Honduras indigenous culture had collapsed almost completely with the arrival of European explorers when they discovered Central America.

The north coast of Honduras today, near the modern city of Trujillo, was the site of the first sighting of land in the New World by Christopher Columbus in August 1502. Land called Honduras (Spanish for “fund”), after the deep waters off the coast.

The years of the Spanish conquest devastated Honduran indigenous culture, native Hondurans were employed as slaves to work the rich gold and silver mines were discovered in the 1530’s. Indigenous peoples shall not willingly accepted slavery. At the end of the 1530 Lempira, a young chief of the Lenca tribe in Honduras, led an army of thousands of people against

Spanish occupiers. Lempira valiant resistance ended when he was tricked and killed in the peace talks, but his memory has left its mark on the history of Honduras. Today, the national currency is called Lempira, like many cities in Honduras.

Honduras remained a part of the vast Spanish empire in the New World until the 19th century, and most modern Hondurans can trace their ancestry to a combination of Spanish colonists, Native Americans and African slaves brought to work the mines colonial .The British also left their mark on the history of Honduras and the Honduran culture, since the British colonized parts of the Mosquito Coast and the Bay Islands. English remains a language widely spoken in the Bay Islands.

The modern history of Honduras began on September 15, 1821, when the country declared its independence from Spain. Honduras joined the Mexican Empire briefly before leaving to form the short-lived Federal Republic of Central America and finally achieving full independence in 1838.

Honduras history since independence has been marked by bitter struggles between liberals and conservatives, many military coups, rebellions, fixed elections, foreign invasions, and meddling by the U.S. government and business The introduction of banana cultivation in the 19th century had a profound impact on Honduran culture. The banana companies, most prominently the United Fruit Company (now Chiquita) and Standard Fruit Company (now Dole), became economically powerful companies in Honduras.

Throughout the 20th century politicians, environmentalists, and labor scandals associated with the banana companies tarnished the history of Honduras. The American writer O. Henry coined the term to describe Honduras banana republic.

The banana industry has always been aided by strong support from military leaders who supported his interests, such as General Carias in 1930 and 1940 and Colonel Lopez Arellano in the years 1960 and 1970. The powerful banana companies have also led to a strong labor movement in Honduras who have worked to improve conditions for workers in the fruit.

U.S. influence in the affairs of Honduras scored 20 century history of Honduras, most prominently in the 1980’s, when the Reagan administration helped to underpin the democratic government in neighboring Central American countries succumbed to the communist insurgency. Honduras became a staging area for anti-Marxist contras and became entangled in the biggest political scandal in U.S. the decade of 1980, when it was discovered that the Reagan administration was financed by the Nicaraguan Contras in Honduras and El Salvador with the proceeds of illegal arms sales to Iran.

Today, Honduras remains one of the poorest countries in Latin America. The tourism boom since the late 1990, with visitors attracted by the natural beauty of tropical forests and marine dive sites, has helped revitalize the country. The devastation of Hurricane Mitch in 1998 brought a lot of poverty and backwardness in the country, but the culture of Honduras remains proud and varied and ecotourism in the country continues to attract visitors.