Getting there and around Costa Rica

How travel to Costa Rica

Airlines flying to and from Costa Rica include the following companies:
Delta Air Lines, Iberia, Nature Air, Avianca, Lacsa, Taca Airlines, Mexicana, American Airlines, Sansa, Condor, Copa Airlines, Continental Airlines, United Airlines, Aeromexico, Air Canada.
Domestic flights: There are two domestic airlines of Costa Rica: Nature Air and Sansa.
Driving by car in Costa Rica: Driving in Costa Rica routes can be an adventure sport. with few road signs, aggressive drivers, and appear deceptively short distances on a map. Keep your eyes and ears open at all times and consider using a lot of time driving to get to your destination. Also when traveling by car in Costa Rica you should carry with you a warning triangle at all times, and in turn the seat belts are also required for drivers and front seat passengers. Motorcyclists must wear helmets. 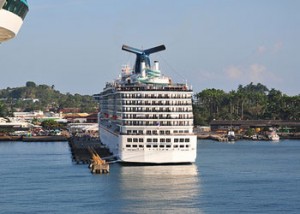 Costa Rica has one of the best public transport systems in Latin America, which consist almost exclusively on bus trips. The city buses will take you almost anywhere within the city and intercity buses are cheap, comfortable and easy to get. Besides being a very cheap and convenient travel, take the bus leaves the difficult responsibilities, such as driving on bumpy roads. This is somewhat complicated for someone who is not quite used to the conditions of the roads of Costa Rica. Also note that the bus takes very nice mountain roads and you can sit back, relax and enjoy the beautiful landscapes of Costa Rica. Bus companies in Costa Rica are:
Tica Bus, NICA and SIRCA TRANS. In addition TRACOPA travels to Panama, Nicaragua and other Central American countries. Exiting Costa Rica: Costa Rica output, you have to pay a departure tax of $ 26 you can pay with cash or credit card at the international airport.