Of all the countries that have played an important role in its evolution, this small island in the Caribbean has had the greatest influence 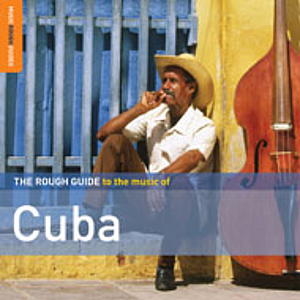 on Latin music as we know it today.

History of Music of Cuba:
Africans were brought to Cuba by Spanish colonizers to work on plantations in gold mining, sugar and snuff. Most slaves came from what is now Nigeria, Congo and Angola. They brought the rhythms, music and dance that is an intrinsic part of their religious life.
It is this fusion of African rhythms with guitars, melody and lyricism of Spain gave birth to the music of Cuba is usually referred to as Afro-Cuban.
Styles / Genres of music from Cuba:
Since music and dance have always been a way of life in Cuba, all styles of dance and music and different evolutionary counterparts would fill a book.
Music Campensina of Cuba:
The music of the countryside, known collectively as country music, led to the guajira that is a sweet lyrical music that extols the virtues of the land and the beauty of Cuba.
As waves of immigrants migrated north to the U.S., Cuban music was merged with other music formats in urban centers. A mid-twentieth century, new styles, popular music were born from this merger gives us the mambo, cha cha cha, and of course, salsa.

Discovered by Columbus in 1492, Cuba received an influx of more than a million African natives in the 300 years before the abolition of slavery in 1873.

Some forms of Cuban popular music inspired combination of instruments, rhythms and dances. Is the salsa

from Cuba or New York? “Latin jazz owe more to the musical traditions of Cuba or New Orleans? Perhaps the answer is not really important. As the world becomes a global village, Latin music continues to evolve and

reflect the global heartbeat.
In urban centers, the quadrille based on French and style of living, became the most popular danzón Latin America’s urban street music, influenced by African religious rituals, religious carnivals and music Caribbean carnival similar to Brazil and samba all mixed together have given birth to the rumba and conga.

Trova, another rural style of music from the eastern part of the island, spread news and gossip, often through satire. The Cuban bolero and trova developments are the epitome of romantic love song.

As waves of immigrants migrated north to the U.S., Cuban music was merged with other music formats in urban centers. A mid-twentieth century, new styles, popular music were born from this merger gives us the mambo, cha cha cha, and of course, salsa.

The music of Cuba today:

If you are interested in hearing a historical overview of Cuban music, there is a 4 CD set which is called the time exploring the genre of Cuba. One of the CDs is devoted to Afro-Cuban religious music, popular songs second to Cuba, the third focuses on Cuban dance music and the last explores the Cuban jazz.