San Pedro de Macoris is located on the southern coast of the Dominican Republic and is the capital of the province of the same name.

been in existence since 1970 and is owned by a private sector. Initially, San Pedro de Macoris was not known for its tourism industry. People used to come here were mostly Cubans who wanted to escape from their country ravaged by the War of Independence in the 19th century. The largest contributor to the economy of the province’s industry is sugar cane and is also the legacy of the settlers in Cuba.

San Pedro de Macoris is the hometown of a famous baseball team that participated in the Dominican Winter League. The league takes place from November to February next year. The most notable game called Tetelo Vargas Stadium was played in the multipurpose stadium in the city. This is where you celebrate the most important games and can accommodate up to eight 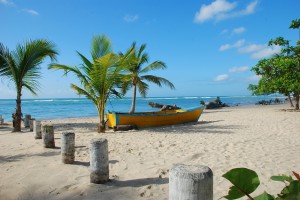 thousand visitors. The city is also known as the “Cradle of the caps.” At the moment there are seventy native of San Pedro de Macoris playing in the majors.
Like any city or provinces that are in the Dominican Republic, San Pedro de Macoris has a lot of beautiful beaches. The beaches are major tourist attractions and have plenty of action throughout the year.Other than that, San Pedro de Macoris also has an old church in San Pedro next to the city market, which are a must for tourists.