About the girls from Dominican Republic

Women and girls from the Dominican Republic are excellent athletes:

Did you know that during the years 1982 to 2010, women’s volleyball team in the Dominican Republic has gone from being one of the top three teams from the Caribbean to be one of the three best

in the world, national teams, ahead of many countries Latin American and Asian countries, including Peru, South Korea, Japan, Argentina and Mexico. In the early 80’s, the country where baseball and basketball are the predominant sports, captured the bronze medal in women’s volleyball team placed third in the Central American and Caribbean Games. For this reason, they failed to qualify for the Pan American Games
Caracas, Venezuela, in 1983. Two decades later, in 2003, the Dominican team, the host team, took first place in women’s volleyball at the Pan American Games in Santo Domingo. In the game of the gold medal, the island beat Cuba 3-2. 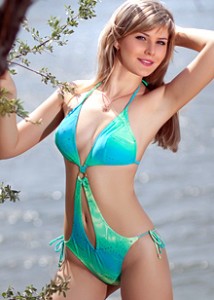 Later, in 2009, the national team was runner-up at the FIVB U-20 World Championship. Now the girls from the Dominican Republic must fight for gold in London Olympics in 2012.