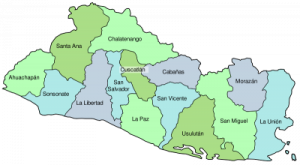 Below is a brief description of each of these cities and regions: