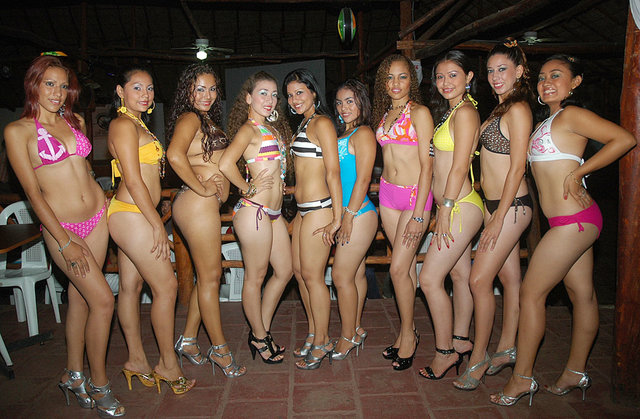 Know more about girls from Nicaragua

How are the girls in Nicaragua?

The eastern part of the country was once ruled by Britain, therefore, the influences are different from the western side.
Nicaragua girls are closer to the English speaking Caribbean as a first language and preferred religion is Protestant and not Catholic. Most of the girls in Nicaragua are quite young, with 40 percent of girls under 18 Nicaragua.
As with most countries, girls in Nicaragua have unique traditions that are unique to them. In the field of arts, poetry is an art that several girls in Nicaragua have been recognized and praised by international critics.
Nicaraguan women not only represent a little more than half of the Nicaraguan population, moreover, with the contribution of their work, they have been established as fundamental pillars of the national economy.

However, this contribution has been invisible as a result of the patriarchal socialization that assigned them socially constructed roles and markedly differentiated from that of men.
In this way, and without any material support, it was believed in a sexual division of labor where women were placed in charge of domestic work and men in productive work.
While it is true, Nicaraguan women are the main responsible for domestic work, it is also true, and Nicaragua’s economic history shows that Nicaraguan women have always been incorporated into productive work.

a) Women attach great importance to their family’s food, health and education and have no money left to save. As many women claim, when they receive their money they owe it to the grocery store or the pharmacy.

c) Single women, heads of household, have no one to support them in the maintenance of their families, therefore, it is impossible for them to save.

d) Due to the strong irresponsibility of many men, they give women only a part of the money they earn and can afford to save, invest or squander it. The woman has to contribute all her money to cover all the household needs. That is, the shoulder that women put on allows men to save.
FIDEG research, over the past decade, shows the real participation of women in the economy of Nicaragua.