One of the largest ports in Guatemala is Santo Tomas de Castilla. In the 19 th century, the Belgians have settled in this port city and it was not until the 1960

Santo Tomas de Castilla is not spectacular beaches and amazing historical ruins but also have their own share of tourist destinations and activities. The most popular ruins in Guatemala are the ruins found in the Tikal National Park. 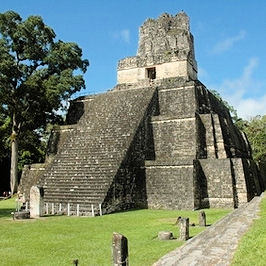 However, Santo Tomas de Castilla also has its own ruins found at Quirigua. The ruins are not as great as the ruins of Tikal, but are also an important part of the history of Guatemala.
There are also sculptures from different periods, very fascinating to be found near the port of Santo Tomas. There are also lakes and rivers, near the port, such as the Rio Dulce and Lake Izabal. You should also check out San Felipe, Spanish Fort, also located near the port city of Santo Tomas de Castilla. You can also visit the nearby Puerto Barrios, where you can enjoy the party in the clubs and drinking in bars.