LANGUAGE of the Dominican Republic

Spanish is the official language of the Dominican Republic tourist areas in Italian, French, English and German are spoken too.

PROCEEDINGS to enter The Dominican Republic

European citizens need a national ID card or a passport valid for at least three months after the return date and a tourist card for stays of less than 90 days. This tourist card (issued by airlines, by the Dominican consulate, or more generally at the airport upon arrival) costs about £ 5. At the airport, only it can be purchased in U.S. dollars ($ 10), before passing through customs. Therefore plan to carry small bills in U.S. dollars to avoid wasting time on arrival. Keep your card with you because you will be requested to leave the country, so you will not have to pay the $ 10 again. Departure tax is $ 20, payable in U.S. currency, but if you insist, you can also pay in Dominican pesos.

Religions of the Dominican Republic

90% of the population of the Dominican Republic are Roman Catholic. Other religions represented in the country are evangelists, Seventh Day Adventists, Baptists and Mormons.

Currency in the Dominican Republic

The currency of the Dominican Republic is the weight of the Dominican Republic (DR), which is divided into 100 centavos. Many cash machines are near the banks and in areas receiving large hotels. Banks are open weekdays from 9:00 am to 3:00 pm, including Saturday. Traveler’s checks and international credit cards are accepted without problems (American Express, Visa, Eurocard, etc.) in major hotels as well as in towns and

cities. It is better to have cash in remote areas. The U.S. dollar and the euro are accepted everywhere.

Getting there and around The Dominican Republic

For short distances, it is best to take a bus called Bus (pronounced “wah wah”) that connects the cities that are nearby. Santo Domingo-La Romana, can be traveled spending less than 20 pesos. In town, you can opt for motoconchos (motorcycle taxis) before the traditional taxis, which are much more expensive. Feel free to haggle! For long distances, the island has nine airports, but if you drive a car will have the opportunity to gain a better understanding of the country, but at your own risk, considering the disastrous condition of the roads and lack of signs. The major car rental companies can be found at airports and cities. Renting a car is very expensive (between £ 45 and £ 60 per day) due to vehicle imports are subject to high taxes. If some of you are traveling, this transport can become more economic as the price of gasoline is very low compared with Europe. You must be 25 years old, you must have a driver’s license and an international credit card. The speed is limited to 50 miles per hour on highways, 35 km / h in urban areas and around cities and 25 km / h in urban centers. As for gas stations, many of them and stay open late, not all of them, however, often have credit cards. Finally, remember to plan your route properly because the distances can be deceiving, and you should rent a 4 × 4 to drive everywhere.

HEALTH in the Dominican Republic

No particular vaccine is necessary. Always drink bottled water when you buy the water, check that the bottles have not been opened previously. Avoid raw vegetables and milk. 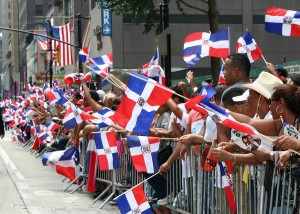 Bring an adapter and a voltage converter. Power cuts are frequent, but more and more hotels and restaurants have generators of energy called Plants.

Number of visitors in the Dominican Republic

The number of foreign visitors reached 4.4 million in 2010.

TAXES AND TIPS in the Dominican Republic

In restaurants and hotels, service is included, but it is customary to tip 10% if you are satisfied with the service.