For outdoor enthusiasts, Belize offers unlimited opportunities. The country of Belize has more in common with the Caribbean island (their style of architecture, for example) that its Central American neighbors.

Every destination in Belize has a great deal of archaeological and national parks, marine reserves, wildlife sanctuaries and a lot of nature. In Belize’s Mayan temples tower above the jungle, while an amazing array of marine life found protection in the coral reef of Belize.

Belize is a country of diverse cultural, linguistic and ethnic. Approximately 200,000 people in Belize consist of Creole, Garifuna, Mestizo, Spanish, Maya, English, Mennonite, Lebanese, Chinese and East Indian heritage. Due to racial harmony, religious tolerance and a relatively non-violent political culture, all these elements have been successfully mixed and matched in Belize, to give Belize a widespread reputation for its friendly peoples.

Although Belize is a small country, it has a surprising variety in its geography. The Great Barrier Reef along the coast Maya has trained hundreds of small islands called cays and offshore atolls, ideal for scuba diving or snorkeling. 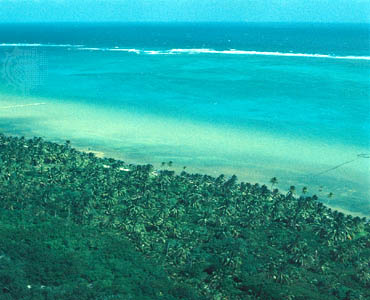 From the center of the country, extending to the southwest in Guatemala and southeast coast, it is possible to find the Maya Mountains, a tropical hardwood forest that is home to hundreds of
different species. The two districts are Corazol further north, which is a flat but ends up becoming north wooded hills and wild tropical jungle in the Orange Walk. This sector is often referred to as the breadbasket of the country, since it is mainly an agricultural area.

The Belize District is home to the Northern Keys. Ambergris Caye is the most developed tourist area in Belize and the most elegant while Caye Caulker is a relaxed environment. Both are famous for its diving and snorkeling. Belize City has a mixed geography: the north is savannah, the rainforest is in the west and in the south there are lagoons and mangroves.

The western district of Cayo is the largest county and is home to the Maya Mountains. Several rivers that descend from the mountains to the south, east and north, are making this an area of lush forest filled with waterfalls, caves and Mayan ruins. The spectacular Hummingbird Highway runs across the northern edge of the mountains.

Southern Belize has two distinct areas. Stann Creek is based in the eastern cordillera in the range of the Maya Mountains, where wooded hills and virgin forest, ending in the town of Dangriga, on the coast gives way to the Keys Central.
One of the most highly sought after Central American investments is Ambergris Caye Belize Real Estate because of the culture, low barrier to entry and laws. Belize incentives foreign Real Estate more then any other Caribbean nation, creating laws and infrastructure for growth and development.
Belize is full of beauty and opportunity. Ambergris Caye real estate has the highest upside and cash flow potential.
Keywords: Overview. Traveling to Belize. Great website with more information Caribbean paradise. Geography. Tourism Info. The beaches of the isle. Hotels in Belize. Usefull information before your travel.