Getting there and around Haiti

Haiti has an international airport, officially called Toussaint Louverture International, but is best known as an international airport Port-au-Prince in reserve tickets from abroad. It shares a runway with the Aeroparque Guy Malary. Cap-Haitien is the second largest airport in Haiti, but serves only to receive a few international flights. There is an exit tax to leave Haiti by air. The price is not included in the price of your airline ticket. To leave Haiti, you must have your passport and the yellow card he received on his arrival in Haiti.

There are two main points where you can cross between Haiti and the Dominican Republic. The crossing between Ouanaminthe and Dajabón in the north is convenient between Santiago and Cap-Haitien, while crossing Malpasse / Jimaní is a good link to go south of Santo Domingo to Port au Prince. There is also a cross in the center of the island, and Elías Piña Beladere although it is difficult to reach by public transport. If you go by land, the tax is lower.

Getting Around in Haiti:

There are two daily flights between Port au Prince and Cap-Haitien with the airline Caribintair that will save you an arduous eight-hour trip by land. There are also regular flights from Port-au-Prince to Hinche, Pignon and Dame Marie.

The cheapest way to get around Haiti is by bus, with prices ranging from $ 1.00 to $ 7.00, depending on distance traveled. No timetables, buses leave the city from a specific output (Port-au-Prince and Cap Haitien have several stops). Buses, generally can lead to places where they drive a 4 × 4 because they are unsafe areas. 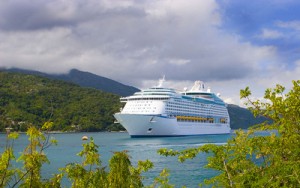 Driving in Haiti is a true adventure: The roads are potholed, many private vehicles are in bad condition and winding mountain roads where it is common to see buses speeding. If you are willing to accept the challenge, however, you can rent a car for $ 60 plus insurance. There are several agencies that rent cars at the airport in Port-au-Prince. There are other car rental locations in major cities of Haiti.

Port-au-Prince has a brilliant post called taxis, which charge 10 gourdes a trip. That could be almost any vehicle, but all have a red ribbon hanging from the front mirror. A strong pssst! usually used to call the driver and the driver decides whether to provide the travel or not. Do not expect either direct route to your destination as it is a traffic chaos in Haiti