Visit Nassau in Bahamas amazing place in the Caribe 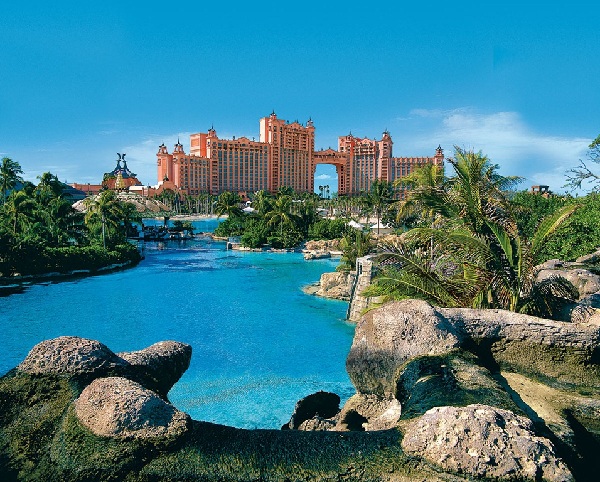 Nassau is the capital of the Bahamas. Located on New Providence Island, Nassau in Bahamas has an attractive harbour, a colourful blend of old world and colonial architecture, and a busy port.

The tropical climate and natural beauty of the Bahamas have made Nassau in Bahamas a popular tourist destination.

Nassau’s main harbor is protected by Paradise Island. The harbor attracted settlers in the early days, particulary pirates. In fact, Nassau’s population consisted mainly of pirates until 1718. With the lure of a big city and the ease of tropical utopia, Nassau si Paradise Island are considered , paradise. Nassau in Bahamas, is a bustling metropolitan hub full of culture and modern amenities.

To the north lies Paradise Island. Its name tells you everything. It’s 685 acres of pure euphoria, almost exclusively developed to delight and accommodate visitors. The boasts island resorts, hotels, restaurants, shops, nightlife, golf course, an aquarium and a casino. The Retreat Gardens is an 11-acre property That houses one of the largest private collections of rare and exotic palms in the world-about 170 species. It is one of four national parks in New Providence and headquarters of The Bahamas National Trust (BNT).
Nassau in Bahamas was formerly known as Charles Town; it was burned to the ground by the Spanish in 1684. Rebuilt, it was renamed Nassau in 1695 in honour of the Dutch Stadtholder. In 1713, Nassau in Bahamas had become heaven for pirate chieftains like Thomas Barrow and Benjamin Hornigold.

They proclaimed Nassau a pirate republic, establishing themselves as “governors.” They were joined by Charles Vane, Calico Jack Rackham, and Edward Teach, known as “Blackbeard”; along with women pirates such as Anne Bonny and Mary Read. In 1718, the British sought to regain control of the islands and appointed captain Woodes Rogers as royal governor. He successfully clamped down on the pirates, reformed the civil administration, and restored commerce.

If you decide to visit Nassau in Bahamas you have to visit Pompey Museum.Formerly called Vendue House, Pompey Museum is named for courageous slave, Pompey, from The Exumas. Built sometime before 1769, it became a museum in 1992, and houses a permanent exhibit dedicated to the African experience in The Bahamas. Today, the villages in Nassau in Bahamas still maintain rich african heritage and culture and sightseeing tours can be arranged by appointment.

Nassau in Bahamas features a tropical monsoon climate with relatively consistent temperatures throughout the course of the year. Summertime temperatures reach about 32 degrees Celsius (90 degrees Fahrenheit) and the winter months have daytime temperatures between 23 and 27 °C (73 and 81 °F), rarely falling below 15 °C (59 °F). Today, the villages in Nassau in Bahamas still maintain rich african heritage and culture and sightseeing tours can be arranged by appointment.
The professional company passagensaereasvip provides all the information on promoção de passagens aereas.
You too can read about music of Panama and more information about Central America and the Caribe islands. Every week we post new travel relative articles.
Thanks for your time and support. Enjoy your trip to Nassau, an amazing place to visit in the Bahamas islands.