Foreign tourism in Panama grew 9.4% from January to April

About Tourism in Panama:

The Ministry of Economy and Finance of Panama (MEF) today reported that between January and April this year entered Panama 710 403 foreign tourists, representing an injection of around 645

million dollars to the economy, 9.4 percent over the same quarter of 2010.
These figures are contained in the report of the Department of Social and Economic Analysis, released Thursday based on data from the state also National Institute of Statistics and Census.
The report of the number of tourists, 25.9 percent came to Panama as a cruise ship passengers, while 3.6 percent did so as hikers.
As to their home countries, the report noted that most came from South America (37.2 percent) and North America (36.4 percent), while the rest came from Central America, West Indies (Caribbean islands Antilles and Bahamas called) and Europe (26.4 percent).
In a press release, the MEF identified that the new flight connections in Panama have facilitated the growth of tourism, and there are more flights from European 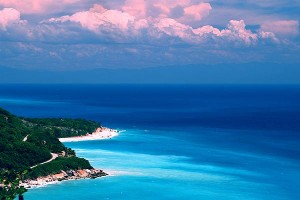 countries like Spain (92.5 percent) and Germany. In addition, the agency reported that in that quarter this dynamic tourism showed a level of hotel occupancy of 68.6 percent in Panama City, which said the government has obeyed the strategies implemented by the tourism sector to promote the country abroad and attract more tourists.
Figures from the Department of Statistics State Tourism Authority of Panama (ATP) estimated Wednesday that the growth of tourism in June was 17.3 percent across the country, it became the peak month variable for growth in 2011.
The ATP expected for December will reach a record 2 million visitors