When the Pope Benedict XVI will travel to latin America?

Benedict says he will do the trip before next Easter but still know the date and itinerary.
Pope Benedict XVI confirmed on December 12, 2011 trip

to Mexico and Cuba before the next holy Easter, to be held the week of 1st. April 8 next year, but did not specify dates.
The announcement was made by the pope during a Mass in St. Peter’s Basilica in the Vatican, to mark the bicentennial of Latin American countries and also a tribute to the Mexican Virgin of Guadalupe, patron saint of America.
The “Misa Criolla”, broadcast live on television, was held with the participation of many cardinals, bishops and faithful of Latin America.
“I have the intention to undertake an apostolic journey before the holy Easter to Mexico and Cuba, there to proclaim the Word of Christ and the conviction takes hold that this is a precious time to evangelize,” the pope said.
During his homily, Benedict called invigorate “the 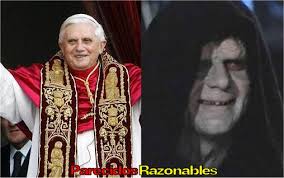 efforts to overcome poverty, illiteracy and corruption and eradicate all injustice, violence, crime, insecurity, drug trafficking and extortion.”
The Mass took part, among others, Cardinal Norberto Rivera (Mexico), Jesus Lopez (Dominican Republic), Jaime Ortega (Cuba), Oscar Rodríguez (Honduras), Juan Luis Cipriani (Peru), Raymundo Damasceno (Brazil), and Francisco Javier Errazuriz (Chile).
His predecessor, John Paul II first visited Mexico in 1979, and was later in 26 countries in the region, including one historic journey to Cuba between 21 and January 25, 1998.
The Vatican spokesman, Federico Lombardi, said Benedict XVI this time not visit Mexico City because of its height – nearly 2,300 feet above sea level, is not advisable for the health of the Pope, who has 84 years of age.
Benedict and Brazil was in 2007, and this

Pope Benedict XVI will come to Mexico and Cuba soon

will be the second visit to Latin America, home to 46 percent of all Catholics in the world.