The new sex scandal of Rihanna

The celebrated singer of the Caribbean island Barbados was seen in the plight of dealing with a new scandal about an alleged tape on which are images of Rihanna having sex.

Hutler, the magazine has revealed to be in possession of a sex video of Rihanna, 23 years old. Although the publication says he does not know what to do with the audiovisual material as revealing the singer, it was learned that she appears in bed with rapper J-Cole. The problem is that sources close to 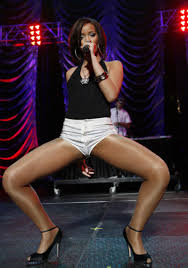 her say she has never been with him.

Some time ago was made public the existence of a sex tape in which he appeared with his ex Rihanna Chris Brown partner. So far there is no official statement from the star.