Tourism, which is one of the main sectors of the economy of Cuba, has suffered serious effects under the illegal and immoral economic, commercial and financial embargo imposed by the

United States for nearly half a century against the Cuban people.

The losses in the industry over the last year accounted for more than 1 700 million, the bulk of the travel ban from the northern country.

The administration of President Barack Obama lifted some restrictions, but kept intact the ban on Americans traveling to Cuba for tourism reasons and other constraints affecting cruise ships and aviation, closely linked to this important industry.

Thus, in the absence of genocide as the Business Group and Marine Turtles in 2010 could have obtained substantial profits, by having 650 berths that can accommodate boats about 179 000-day year.

Likewise, U.S. companies with experience in the hotel sector and strong investment in the Caribbean region can not access these opportunities in Cuba because of the prohibitions of the blockade, while the archipelago does not benefit from U.S. hotel chains that present in the Caribbean region, which almost all are part of the 10 best in the world, such as Sheraton and Hilton.

The Cuban report on the need to end the blockade, 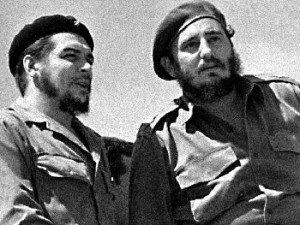 which will be presented on October 25 before the UN General Assembly specifies that the requirements of the irrational, the ITH group in charge of catering to vacationers, experience high losses from the price difference in goods purchased from third countries, excessive interest commercial loans, changes in the exchange rate and foreign currency purchases for freight.

The reality is that the criminal U.S. policy involves the development of a sector that accounted for more than two million visitors in 2010 and has among its prospects further consolidating itself as a powerhouse of the Cuban economy.

To achieve that target today Cuba is the favorite of many in the world, tourism authorities have faced many obstacles along the inhuman U.S. blockade that attempts to impede the economic development of a sovereign and independent people, while punishing Americans themselves, unable to travel to one of the safest countries in the world.